We’ve made it to June, which means the pools have opened, the days are getting longer, and school is finally letting out. The dog days of summer stretch out ahead of us with all of the wonderful outdoor activities available for you to enjoy. I love summer for the hiking and biking; bbq’s and pool parties, tan lines and concerts. Unfortunately during summer break we see a huge increase in all types of vandalism throughout the community. We notice spikes in vandalism every time there is a break from school (winter, spring, and summer), but we get hit the hardest during the summer since the weather is conducive to being outside even late at night and not all kids have a set routine with early morning alarms and homework to keep them occupied. We see everything from spray painting on overpasses, streets, sidewalks, tunnels, and tot lots, to the breaking of light fixtures in the tunnels and tennis courts, setting fi re to things, knocking over light poles on the walking trails, breaking into the pools and throwing the deck furniture into the deep end, putting firecrackers into and smashing mailboxes, tipping over or stealing portable restrooms, stealing fi re extinguishers from Broadlands Live tents, and breaking into the stone house to drink and do drugs. We’ve even had instances of people breaking into the pools overnight and defecating in them, which is not only repulsive for those having to clean up the mess, but disrupts the on time opening of the pools to the rest of the residents and early morning swim practices. These acts of vandalism costs the association in valuable resources, from staff time contacting the sheriff’s department and fi ling police reports to paying contractors to clean up the mess. These efforts take resources away from other association funded activities and improvements. Nobody wants to take their young child to a tot lot for a play outing, only to find the slide covered in phallic symbols. The association has and will continue to press charges against those caught in the act, and will cooperate with the sheriff’s department in these cases. I have been subpoenaed as a witness for hate crimes that have taken place on association property. I have called parents who thought their children were safe at a sleepover but snuck out and have been caught trespassing in the middle of the night. I have taken calls from residents who have heard the teens yelping when jumping off the diving board into the chilly waters of the Southern Walk pool in September after the pools have been partially drained, which could easily lead to a broken neck or back. The association contracts with an independent security company to help patrol the community and they helped to catch at least three sets of vandals in 2014; however, they cannot be omnipresent. We rely on our residents to help keep an eye on our precious assets, and speak to and know the whereabouts of their kids. If we make ourselves aware of the issues affecting our surroundings, we can keep Broadlands a vibrant and safe community. To report suspicious activity, contact the Loudoun County non-emergency number at 703-777-1021. 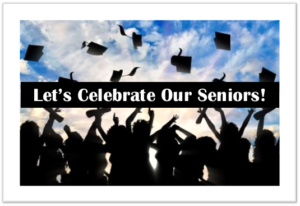 Have a Graduating Senior? Shine the spotlight on your high school or college graduate in the June newsletter by sending us their photo and a celebratory message to nihanainen@broadlandshoa.com by 5 pm on May 10th. 25 words or less
May
11
Tue
6:00 PM Board of Directors Monthly Meeting @ Virtual
Board of Directors Monthly Meeting @ Virtual
May 11 @ 6:00 PM
2021 Board of Directors Meetings Dates: Jan 12, Feb 9, Mar 9, Apr 13, May 11, Jun 8, Jul 13, Aug 10, Sep 14, Oct 12, Nov 9, Dec 14 Currently, the BOD meetings are held virtually, normally on the … Continue reading →
May
12
Wed
12:00 PM Modifications Submission Deadline @ HOA office at Nature Center
Modifications Submission Deadline @ HOA office at Nature Center
May 12 @ 12:00 PM
Submission deadline is at 12:00pm (noon) on deadline date. YOU MUST INCLUDE ALL REQUESTED SUBMISSION REQUIREMENTS OR YOUR APPLICATION WILL NOT BE REVIEWED. General requirements include, but may not be limited to: General Requirements List Please Note: (1) You must download the … Continue reading →
6:00 PM Dog Training Demo – 1st session
Dog Training Demo – 1st session
May 12 @ 6:00 PM – 7:30 PM
Paws Your Busy Life – Free Dog Demo The ins and outs of owning a dog. Karen Meadows of Dog Wizard will be at the Nature Center back lawn (21907 Claiborne Parkway) on Wednesday, May 12th at 6:00pm to give … Continue reading →
May
13
Thu
all-day Trash, Recycle & Special Item Pi...
Trash, Recycle & Special Item Pi...
May 13 all-day
Trash Services Information>>
View Calendar